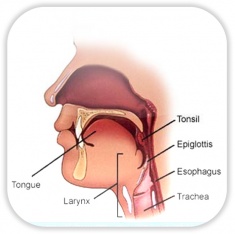 The perfect creation in the voice box (Larynx)

(A short refutation of the false theory of evolution)


Just as in the entire universe, miraculous systems that are created by our Lord exist also within the human body. One of these systems, the voice box or larynx is one of these superior miracles of creation. The voice box is the name given to the part of the windpipe, or trachea, that opens to the mouth, or oral cavity. Right at the entrance of the larynx are located the vocal cords. Thanks to the muscles that govern them, these cords can assume different shapes and as a result, we can make various sounds, including speech.

One reason why other living beings can not make sounds like human beings is that their voice boxes are located at a higher part of the mouth cavity than in human beings. The human larynx is lower in the windpipe than in any other animal, including monkeys. Thanks to this position, the breath coming out of the lungs is transformed by the voice box into a wide variety of different sounds.

Evolutionists fail to answer many questions. But when they try to explain them by offering the thesis of â€śselection of advantageous traits through natural selection,â€ť at this point, they face another deadlockâ€” for the lower position of the voice box is by no means a physical advantage. Due to this position, the food we eat may easily get into the windpipe and choke us, or the liquids we drink may accidentally get into the lungs.

In order to prevent this, while we are eating or drinking anything, a â€ślittle tongueâ€ť has been created that closes the voice box. When we try to eat or drink something and speak at the same time, these two actions interfere with each other andâ€”as each you have certainly experienced during your lifeâ€”we develop an immediate cough. But animals have a different system. The windpipes of animalsâ€”of monkeys, for instanceâ€”is higher up in their throat. For this reason, whatever food they swallow never gets into their windpipe and consequently, they do not run the risk of choking.

Despite our dangers and difficulties in taking nutrition, our unique voice box structure allows for speech. The constant risk of getting food into the windpipe, on the other hand, is eliminated by reflexes gained during infancy and by an organ called the uvula, which is a little flap of tissue. Briefly, this lower position for the voice boxâ€™s structure is unique to human beings.

Evolutionists, of course, assert that natural selection has â€śchosenâ€ť the more advantageous structure over time, but the â€śmore advantageousâ€ť larynx would only result in incoherence. But the true situation is exactly the opposite, and entirely at variance with the evolutionary rationale. This â€śodd factâ€ť is something that Charles Darwin tried to explain away

â€ś . . . s an odd fact that every food and liquid we swallow has to pass over the opening to the windpipe with the risk of slipping into our lungs.â€ť  (Darwin C.1859 On the Origin of Species, Facsimile edition. Cambridge: Harvard University Press, p. 191.)

When we examine the features of the voice box, we discover a miracle of creation with details that have been meticulously calculated. The voice boxes of babies are positioned higher up in the throat than in adults. This way, the infants can breathe while suckling, without running the risk of getting their mothersâ€™ milk down into the windpipes and lungs. Yet before the infant gains the ability to speak, this voice boxâ€”which is up until now has been a hindrance for speechâ€” lowers itself in the throat. In other words, it develops in the right way just at the right time.


This example once again reveals that human beings enjoy a perfect creation. Allah, the Lord of all the universes, the One Who creates Man, Grants him a body proper for its needs, Protects babies against choking, and Lets them speak by placing their voice box at the right position with an ideal timing. . In one verse, Allah proclaims:

"He created Man and taught him clear expression.â€ť (The Quran 55:3)