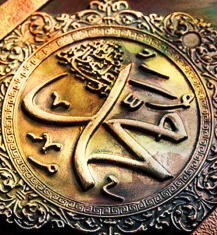 So if the statements made in the Qur'an were not true then this would prove that it is not the word of God. However, there is not a single claim made in the Qur'an that has been scientifically and objectively refuted as false.
Quite the contrary, there is not one, but tens of scientific and historical statements to be found in the Qur'an which have just begun to be scrutinized by modern scientists and historians and which, according to many non-Muslim world renowned, pioneering scientists of the United States, Germany, Canada, Japan, Taiwan, India and many other nations, could not have been known by an illiterate man of the desert fourteen hundred years ago (see chapter 13).
They themselves have only discovered these facts through the use of microscopes, telescopes, satellites, and various other scientific equipment that was not available to Muhammad (pbuh). These statements range over the fields of Embryology, Oceanography, Geology, Astronomy, Anatomy, Physics, and many others. Some of them have only been discovered during the last twenty years. These facts could not even have been copied from the Bible because many of them are either completely missing from the Bible or totally oppose similar verses in the Bible.
If Muhammad (pbuh) had plagiarized the Bible, then did he also selectively correct incorrect scientific statements in it? It is also interesting to note that Christian scholars readily acknowledge that the Bible was not translated into Arabic until at least the eighth century AD, long after the death of Muhammad (pbuh) in 632C.E. You may get a side-by-side comparison of the Biblical vs. the Quranic versions of many scientific facts by referring to Dr. Maurice Bucaille's books: "The Bible, the Qur'an, and Science."

I also highly recommend the following books: "Qur'an and modern science Correlation Studies," by Keith L. Moore, Abdul-Majeed A. Zindani, Mustafa A. Ahmed, and "The developing Human," By Dr. Keith Moore. These books speak about embryology in the Qur'an, and other topics.