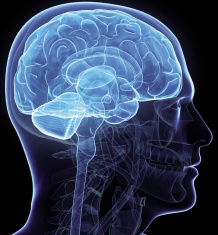 â€śNay! If he (Abu Jahl) ceases not, We will catch him by the forehead. A lying, sinful foreheadâ€ť (I)

The Scientific Fact:
The human brain consists of three main lobes; the frontal lobe, the occipital lobe, the temporal lobe, and the parietal lobe. Each lobe has its own special function. Yet, they all work together and complement each other.
The frontal lobe in the human brain is distinctive from that of animals since it includes centres that are responsible for speaking and behaviour. It also includes certain neural centres with distinctive functions and places including the pre-frontal cortex which lies exactly behind the forehead and forms the major part of the frontal lobe.
This pre-frontal cortex is the main unit for building the character of the person. It plays a role in initiative and judgement. It also contains the motor speech area of Broca which coordinates the process of producing voices between the organs of speech including the larynx, the tongue, and the face. Also, it contains the movement zones which include the frontal eye field.
The frontal eye field sustains the organized movement of the eye to the opposite direction. The primary and secondary motor areas that control the willed movements of the muscles. All this show that the frontal area of the frontal lobe, which lies in the forehead, is for directing behaviour and shaping up human personality.
Any damage to this area would lead to the deterioration in moral criteria and the efficiency of memory and the ability to work out logical problems.
Facets of Scientific Inimitability:
The mystery of this verse mentioned above was only solved recently. No wonder, the Ever-Glorious Qur'an mentioned the area of the forehead as being the lying and the sinful one. Furthermore, the Ever-Glorious Qur'an said that this body part will be hit and held; it is an allusion to the area which monitors the human behaviour.
So it is the body part to be held accountable for manâ€™s deeds. It is a Divine wisdom that Allah commanded this part to be placed on the ground in prostration so that it will learn how to be honest and upright.
Almighty Allah says:

â€śVerily, prayer prevents from al-Fahsha' (i.e. great sins of every kind, unlawful sexual intercourse, etc.) and al-Munkar (i.e. disbelief, polytheism, and every kind of evil wicked deed, etc.) and the remembering (praising, etc.) of (you by) Allah is greater indeed. And Allah knows what you doâ€ť (II)