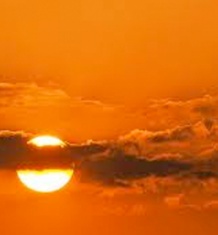 If refuting the unfounded fallacious dogmas that have crept into the traditional Christian beliefs is your objective, here is a simplistic way of fulfilling this mission. The technique could achieve the desired results without entering into unpleasant arguments and lengthy controversies.

The very source of some of these misleading fundamental dogmas have in effect been invalidated by the editors of the latest revised versions of the Bible. The editors have either expunged the superfluous texts or utterly revised the innovated texts upon which these contrived dogmas were based. Our task is to reveal these revised texts and let the reader do the soul searching.

"And say; Truth has come and falsehood has vanished away. Lo! Falsehood is ever bound to vanish." (Qur'an 17:81)

Authorized King James Version:
For god so loved the world, that he gave his only begotten Son John 3:16 New Revised Standard Version:

For God so loved the world that he gave his only Son, John 3:16

Note: The concept that Jesus Christ is or was the begotten Son of God, happens to be a stepping stone of the Christian beliefs. The superfluously added term "begotten" is eliminated in the revised passage because it does not appear in the original text written by

the apostle. In the Bible, Jesus is not the only individual for whom the term ŌĆśSon of GodŌĆÖ or the ŌĆśSons of GodŌĆÖ is used. In Lk. 3:38, Adam; in Ex. 4:22, Israel; in 1 Chron. 22:10, David; and in Jer. 31:9, Ephraim, are also called ŌĆ£Son of GodŌĆØ. Besides, ŌĆśthe children of IsraelŌĆÖ ; ŌĆśthe peacemakersŌĆÖ and other entities are also called the ŌĆ£Sons of GodŌĆØ. Hence, one can say that the terms Son and Sons are used not in their physical or literal senses but rather in the metaphorical or symbolic senses.

There are three that testify: the Spirit and the water and the blood, and these three agree. 1 John 5:7 and 8

Note: The superfluous verse depicting the Trinitarian concept, injected to the Authorized King James Version has now been removed in the Revised Version of the Bible, since it does not appear in the original text.

Verily, verily, I say unto thee, except a man be born again, he cannot see the kingdom of God. John 3:3 New Revised Standard Version:

Very, truly, I tell you, no one can see the kingdom of God without being born from above. John 3:3

Note: To many, being a born-again Christian is not only a matter of great pride and privilege but it also means; the Salvation is assured. The false hope of Salvation being handed on a platter, does vanish with the expunging of the phrase ŌĆśborn-againŌĆÖ in the revised text. The Greek phrase used by apostle John translates, ŌĆśborn from aboveŌĆÖ. Jesus by reciting the above verse was telling Nicodemus, a devout Pharisee who believed in the Resurrection, that the kingdom of God would only come to the whole world at the time of Resurrection. No man can see the kingdom of God, before his resurrection.

A VIRGIN SHALL BEAR A SON

Behold, a virgin shall conceive, and bear a son, and shall call his name Immanuel. Isaiah 7:14 New Revised Standard Version:

Look, the young woman is with child and shall bear a son, and shall name him Immanuel. Isaiah 7:14

Note: The name Immanuel translates ŌĆśGod with usŌĆÖ and hence the prophecy is looked upon by the majority of the Christians, as the corner stone for the physical manifestation of God as Christ Jesus, that was born to virgin Mary. Isaiah was not speaking of a virgin, but of a young women. Secondly, he did not write shall conceive. He wrote of one that was (is) with child. Matthew in 1:23, quotes the above prophecy for virgin Mary. But, neither did virgin Mary name his son Immanuel nor did the disciples of Jesus called their master Immanuel. Matthew himself confirms that an angel of the Lord had asked Joseph to name the child "Jesus"; that virgin Mary had conceived. see Mt.1:21.

Note: The Epistle to the Hebrews is of great significance for the Christians who wish to propagate the ultimate authority and supremacy of Jesus Christ. The editors of N.R.S.V., have noted that the author of the Epistle to the Hebrews, whoever it was, was clearly demonstrating the superiority of Christ over everyone and everything. And, was revealing JesusŌĆÖ true identity as God and his ultimate authority. Christianity supersedes all other religions and can never be surpassed etc., etc. According to the traditional Christian belief, apostle Paul - the supposed author, was the one that had made these claims.

However, upon examination of all the letters, supposedly written by Paul, Hebrews is the only letter where his name does not appear as an introductory opening word in the opening chapter. The style and language shows that it was written by a pseudo author to show the superiority of Christianity over Judaism. Since the name of Paul is eliminated from the title of the Epistle in the revised text, the readers of Hebrews have to do some serious soul searching before accepting claims made by a pseudo author whose identity is unknown.
Source:  missionislam.com  [External/non-QP]