Principles of Fiqh: Its Meanings & Benefits 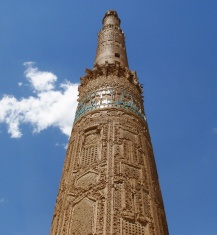 The principles [usul] of Islamic Jurisprudence [fiqh] deals with the derivation of rulings [ahkam] relating to all matters of worship ['ibadah], dealings [mu'amalat] or any type of act conducted in this life from the Qurâ€™an and the Sunnah of His Messenger, peace be upon him. In order to do this accurately, a scholar must strictly adhere to certain principles and regulations: a science termed Usul al-Fiqh (the principles of Islamic Jurisprudence). Generally, the study of Usul al-Fiqh incorporates the study of the following four main branches:
i) Islamic sources (or evidences) on which all of the ahkam have been based. These are texts of the Qurâ€™an and the authentic Sunnah as well as the consensus of the Companions [Sahabah]. This also includes the discussion of proof [adillah], their types and their authority. Some of these adillah are Qiyas, Istihsan, 'Urf, al-Masalih al-Mursalah, etc
ii) rulings and what they mean, their types, what affects them, how they can be applied, and the conditions relating to their use.
The types of ahkam refer to obligations [wajib], prohibitions [haram], recommendations (mustahabb), objectionables [makruh] and the sanctioned [mubah] (iii) principles or rules available to the scholars to deduct and deduce ahkam based on the adillah aforementioned and (iv) qualifications and conditions required of the jurists [fuqaha] responsible for the correct application of Usul al-Fiqh. This is sometimes referred to as the conditions of ijtihad.
In his famous book Kashf al-Thunun, the scholar Hajji Khalifah explains that all Islamic ahkam are based on the noble Qurâ€™an and blessed Sunnah, the consensus of the scholars and Qiyas which can be explained as either the â€˜comparison with a similar situation where there is an existing lawâ€™ or derivation of a ruling using similar logic.
All laws explain permissibility of certain actions or behaviours. The support for all laws is derived from the general approach of Islam in all issues whether great or small, therefore, all laws can be traced to major or minor issues. {quotes}Typically, all derived rulings are classified and recorded in order to be able to return to them if a similar situation arises.{/quotes}

The first person who explicitly brought these points to discussion and wrote about them in an academic manner was the learned Imam Shafiâ€™i. By looking at the basis of this science, it becomes apparent how important it is for the study of religion and how we are in need of it, especially today. The science of Usul al-Fiqh helps us to better understand religion.
Allah has revealed the Qurâ€™an and Sunnah in order to guide us all through our daily lives as well as to the path that will lead to eternal happiness. Despite the fact that Allah preserved the two Islamic sources of authority from any tampering and falsification, at times people have gone astray because of their misunderstanding of certain verses or ahadith.
For example, there is an authentic hadith which states, 'Whoever dies while he believes that none has the right to be worshipped but Allah will enter paradise.' Another hadith states, 'Whoever bears witness that Muhammad is his Messenger will not enter Hell.' Both of these ahadith are authentic and well supported in the Sunnah.
However, some have misinterpreted these ahadith to mean that one's behaviour and actions are irrelevant and that entry into paradise is guaranteed simply with correct creed. Such grave misinterpretations occur of many other verses and ahadith by people who take the wrong approach to the Shariâ€™ah.

We must keep two fundamental laws in mind with regard to the issue of religion; all laws must be derived from the Qurâ€™an and the Sunnah; and the texts of both must be understood correctly based on the premises defined by the scholars.
The science of Islamic jurisprudence, as well as deriving laws, is built on a profoundly exhaustive understanding of Qurâ€™anic verses and ahadith. If the people who are misled by the previous ahadith were to make use of the writings of the science of Islamic jurisprudence, they would know that other ahadith compliment the former set of ahadith and further explain them.
For example, in response to the rejecters who told the Prophet (peace be upon him) that simply uttering the shahadah (proclamation of faith) without believing in it would allow one to enter into paradise, the Prophet (peace be upon him) said, 'One has to say it and have no doubt in his heart about it.'
The science of Usul al-Fiqh elucidates that some ahadith are general and others are specific, some ahadith abrogate, while other ahadith have been abrogated and are no longer referred to as conclusive proof for the establishment of ahkam. The science also explains the exact meanings of certain language usages and styles, the context of certain verses and ahadith, as well as how the Qurâ€™an relates to the Sunnah.
All of this helps us to truly understand the Qurâ€™an and Sunnah. Observing the rules of how laws are supported will most certainly protect us from being misled by superficial understandings of the religion. Since the advent of Islam until today, different groups have emerged who misinterpret the meaning of certain parts of the religion because they do not fully understand them and so deviate as a result.
Scholars have continuously warned of the danger of such acts. Ibn al-Ma'in said, 'Literally understanding the words of a hadith or depending on your interpretation will give you incomplete knowledge.' {quotes}One must look at how verses are supported, and what context and occasion they relate to.{/quotes}

Thus, one of the important uses of the science of Islamic jurisprudence is to help us understand the scriptures of our religion.
Usul al-Fiqh also shows us the path to correct worship. One may argue that this is the main purpose of the science: arriving at the rules which will guide us to happiness in this life and the next. This is important for both the scholars who are qualified to derive the rules and devout Muslims who care to understand the reasoning behind what is either permitted or prohibited in Islam.
A basic understanding of the science of Usul al-Fiqh allows the believer a deeper appreciation of the religion and will no doubt reflect upon his manner of worship and his devotion to Allah the Most High. This is from among the reasons as to why this science is one of the noblest disciplines of study.
The science of Usul al-Fiqh provides balanced and moderate views. It provides us with criteria to assess all matters related to religion, enabling us to decide whether certain behaviour or actions are extreme, lenient, whether it is well-supported or whether it is at all part of religion. We are also able to understand how close or distant something is to the rules of the religion based on how much support it has from the scholars, allowing us to take a correct stand.
Many groups are extreme in their views, insisting that they solely hold the correct view and all others are outside the boundaries of Islam. Other groups take a converse approach and overlook many of the important Islamic rules and behaviour, considering them peripheral to the essence of Islam. {quotes}
The science of Usul al-Fiqh allows us to correctly prioritise all matters and come out with moderate and correct views that do not go against our religion.{/quotes}

A recurrent example of the danger of abandoning the laws of this science occurs today. Many men of religion have issued rulings [fatawa] allowing Muslims to have financial dealings with banks that define interest rates, with the excuse that this is todayâ€™s necessities about which we can do nothing. Others have given outrageous flexibility to Muslims living in the West, ruling that the five daily prayers can be offered simultaneously.
Many well meaning people hear such fatawa and take them to be correct, following them without any contest. Usul al-Fiqh would enable us to correctly define what necessity is and prevent us from falling into such dangerous pitfalls.
The science of jurisprudence allows us to find a correct model to follow. Armed with the correct tools and procedures for assessment support and rules, we would be able to decide which models of behaviour to follow. This applies to scholars and generally all Muslims who wish to take the correct path.
The previously discussed dangers of following sporadic rulings take place because people do not know how to assess conflicting opinions. Thus they fall prey to all manner of views that seem to originate from a religious source.

The science of jurisprudence also allows us to distinguish between what is authentically from the blessed Prophet and what is just meaningless innovation. Many people who feel they are devoted to religion, particularly those who are young, assume that all authentic ahadith are a Sunnah, which should be followed and anything besides that is an innovation that should be disregarded.
This has led them to go against other agreed upon areas of the Sunnah, the result being that different groups with conflicting views have formed and created much confusion. These groups have even gone further to denounce all those who do not accept their understanding of the Sunnah.
Other equally mistaken groups depend on what they take to be common sense and reject certain ahadith and rules, claiming that they do not make sense, such as the issues of physical Jihad, slavery and other issues. In effect, all of these are the bitter outcomes of abandoning the rules of such as important science.
Most people need Usul al-Fiqh in order to understand how to formulate questions related to religious issues as well as knowing who to ask these questions.
Many people today hold the position of issuing religious rules such as a mufti, though they are not qualified to do so. {quotes}Some of us assume that anybody who is gifted at reciting the holy Qurâ€™an, delivering the sermon [khutbah] on Friday, or somebody who seems to be particularly knowledgeable is the right person to be asked about Islamic rulings on certain matters.{/quotes}

We may see someone as flexible and ask their opinion, thereafter seeking an opinion from somebody else on the same subject, and then consequently feel lost between the two. This science enables people to assess the opinions and views of those those that are questioned, and make a proper selection of who to ask.
Fundamental principles of this science should be basic to the learning of oneâ€™s religion for it qualifies the person to learn and practice their deen in the correct way.
There are several other uses and needs for Usul al-Fiqh. It enables us to assess the knowledge of different scholars and understand their different areas of expertise. Grouping all individuals in the field of religion into one blurs the different areas of study and results in great confusion when we have to decide on whom to ask about specific topics.
Studying Usul al-Fiqh will enable us to distinguish between the scholars of language, hadith, Qurâ€™an, Islamic history and all the other fields of religious interest.
Turning to unqualified people for advice may give them the impression that they are knowledgeable in all fields, which may result in ascribing responsibility and authority to scholars who hold neither of the two in that respective field.
Once we are aware of the basics of this science, we will be able to control such matters and respond appropriately to such confusion. Another useful outcome of studying this science is that we will be able to comprehend issues of religion faster and thus learn more. We will also learn the methods of accurate expression, organised thought, logical argument and strong support. We will also understand the importance of open-mindedness toward those who hold opposing views as long as they are well supported.