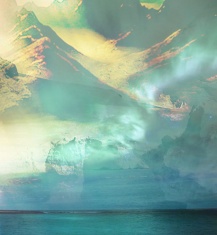 Who was the rider upon the ass? Every Sunday school student will tell us that this was a prophecy of Jesus (pbuh), as stated in John:

"And Jesus, when he had found a young ass, sat thereon; as it is written,"

but who is the promised prophet who would ride the camel? If it is not Muhammad (pbuh) then this prophecy has yet to be fulfilled. Let us read on...

"And, behold, here cometh a chariot of men, [with] a couple of horsemen. And he answered and said, Babylon is fallen, is fallen; and all the graven images of her gods he hath broken unto the ground."

Babylon did indeed fall before Islam and the Islamic nation under the guidance of Muhammad (pbuh) did indeed succeed in eradicating the worship of idols from Babylon replacing it with the worship of God alone. In fact, the Muslims were the only believers in the God of Isaiah to ever succeed in fulfilling this prophesy (see chapter 10). Continuing ...

What does the word "burden" mean? Let us ask the Scofield Study Bible:

So the Muslims of Arabia (and subsequently Muslims everywhere) would be assigned the burden of God's message.

"The inhabitants of the land of Tema brought water to him that was thirsty, they prevented with their bread him that fled. For they fled from the swords, from the drawn sword, and from the bent bow, and from the grievousness of war"

Tema, according to John McKenzie's dictionary of the Bible is

"a place name and tribal name of Arabia; a son of Ishmael.... The name survives in Teima, an oasis of the part of the Arabian desert called the Nefud in N Central Arabia."

"And these are the names of the sons of Ishmael, by their names, according to their generations: the firstborn of Ishmael, Nebajoth; and Kedar, and Adbeel, and Mibsam, And Mishma, and Dumah, and Massa, Hadar, and Tema, Jetur, Naphish, and Kedemah"

Strong's concordance tells us that this name was also applied to the land settled by Tema the son of Ishmael. It goes on to explain how this word is "probably of foreign derivation". Indeed, this word, Teima,  is an Arabic word which means "Barren desert". It remains the name of a city in the Arabian peninsula just north of "Al-Madinah Al-Munawarah," or "Madinah" for short (Please see Map 1, page 440). Muhammad (pbuh) and his companions were given sanction to migrate.
They departed Makkah during the night and left all of their possessions behind. Upon reaching Madinah they were greeted by it's citizens with open arms and Muhammad (pbuh) assigned each one of the Muhajireen (citizens of Makkah) to one of the Ansar (citizens of Madinah) to house and feed them until they could strike out on their own. This became the first year of the Arab "Hijra" (Emigration) calendar used in Islamic countries to this day.

"For thus hath the LORD said unto me, Within a year, according to the years of an hireling, and all the glory of Kedar shall fail. And the residue of the number of archers, the mighty men of the children of Kedar, shall be diminished: for the LORD God of Israel hath spoken [it]."

Kedar* is the second son of Ishmael, the father of the Arabs:

"And these are the names of the sons of Ishmael, by their names, according to their generations: the firstborn of Ishmael, Nebajoth; and Kedar, and Adbeel, and Mibsam."

Kedar is also synonymous with all of Arabia in general, as in Ezekiel:

"Arabia, and all the princes of Kedar."

The Arabs of Makkah, the capital of the paganistic tribes of Arabia of the day, were indeed defeated by the Muslims in the second year after their forced immigration from Makkah to Madinah (The Hijra). This victory signaled the turning point for Islam and a transition from a position of weakness to one of power and victory (for more, please read chapter 10).

It should be pointed out here that, as mentioned at the beginning of this chapter, the children of Israel, from the tribe of Levi, were distinctly aware of this prophesy. Indeed this is the very reason why they had begun to immigrate from the lush and fertile pastures of their holy land of Israel to the barren parched deserts of Arabia, specifically to Madinah and the surrounding areas of Khaibar, Tema, and others. Because they knew that this is where the final prophet would appear.
As mentioned above, these children of the Jews were constantly threatening the Arab inhabitants of Madinah (the tribes of Al-Aws and Al-Kazraj) with his impending arrival and how they would follow him and, through his leadership, they would utterly destroy these Arabs. They had hoped that this prophet would be from their tribe and that their presence in this location might facilitate this hope.
When their awaited prophet finally did come, they rejected him. They wanted a Jewish prophet from their own tribe and not an Arab from the sons of Ishmael. Thus, they allowed their pride to come between them and the truth which they recognized.
However, their efforts were not totally in vain. So continuous were their efforts in threatening the inhabitants of Madinah with the final prophet's imminent arrival that when Muhammad (pbuh) finally did come, the inhabitants of Madinah immediately recognized him and hastened to follow him before the Jews. These inhabitants of Madinah would later become among those very first followers of Muhammad (pbuh) who would one year later go on to fulfill the prophesy of Isaiah by defeating the "mighty men of Kedar" in the very first battle of the Islamic nation, the battle of Badr.

As the prophesy requires, one year after prophet Muhammad (pbuh) and his followers escaped from the torture and persecution of the people of Kedar and emigrated to Madinah, the men of Makkah decided to once and for all put an end to Muhammad (pbuh) and his followers. They assembled an army consisting of 750 footmen and 200 horsemen, all of their very best fighters, and all very well armed. The leaders of this army consisted of the majority of the leaders of Kedar (see chapter ten). They were confident of victory and bragged that after this massacre they would be feared throughout all of Arabia.

The Muslims heard of this amassing of troops and prepared as best they could. They collected 313 footmen with two horses and seventy camels. The Muslims fought long and hard with the men of Kedar and were finally granted victory. This battle ended in the death of these leaders of Kedar and a resounding victory for the Muslims.

This was the great turning point for the Islamic nation. This battle could be said to have been the beginning of the end for the reign of idolatry and paganism within the land of Arabia. This Muslim nation would then go on to expand to many other nations until it spread from Spain to China, fulfilling many more prophesies in the Bible, including Daniel 2:44, Genesis 15:18-21, and many others.

An unfortunate misconception which has managed to creep into many Western beliefs is that Islam was only spread through force and the sword. Today, however, this notion is beginning to be recognized for the absurdity that it was. A Christian missionary, Sir Thomas W. Arnold says:

"...of any organized attempt to force the acceptance of Islam on the non-Muslim population, or of any systematic persecution intended to stamp out the Christian religion, we hear nothing. Had the caliphs chosen to adopt either course of action, they might have swept away Christianity as easily as Ferdinand and Isabella drove Islam out of Spain, or Louis XIV made Protestantism penal in France, or the Jews were kept out of England for 350 years.
The Eastern Churches in Asia were entirely cut off from communion with the rest of Christendom throughout which no one would have been found to lift a finger on their behalf, as heretical communions. So that the very survival of these Churches to the present day is a strong proof of the generally tolerant attitude of Mohammedan [sic] governments towards them"

The Preaching of Islam, A History of the Propagation of the Muslim Faith, Sir Thomas W. Arnold, Westminster A. Constable & Co., London, 1896, p. 80.

"Against unbelievers he (Muhammad) enjoined his followers to undertake a holy warefare, but only when attacked. The earlier Moslem[sic] leaders did not try to impose their faith upon other nations"

The History of Christianity in the Light of Modern Knowledge, A Collective Work, Harcourt Brace and co., p. 520

Muslims did indeed wage many wars, just as many Jews and Christians did both before and after this. Muslims waged their wars in self-defense or in order to abolish idolatry, tyranny, slavery, and oppression. Muslims were commanded to not attack those who did not attack them, to not cut down a fruit tree, to not kill the animals, to not take the people's property, to not harm women or children or old people so long as they did not fight with them, and to not burn crops.

When they were victorious, the Muslims were commanded not to destroy the churches nor the synagogues, nor to force the people to convert to Islam. The people were allowed to continue to practice their religion without persecution or being forced to convert (Compare for example with Numbers 31, and Deuteronomy 20. Please also compare with the great Spanish inquisitions).

"There is no compulsion in religion. The right path is henceforth distinct from misguidance"

If Islam was indeed spread by the sword and not by it's spiritual appeal, then how do we explain, for example, the fact that Islam is the religion of the majority of the people of the country of Indonesia even though no Muslim army ever set foot on their land and they can by no stretch of the imagination be labeled as Arabs? The only contact these people ever had with Islam was through Muslim traders who passed through their lands.

If the truth were to be known, in almost every single battle the Muslims ever participated in, they were almost always vastly outnumbered.
For example, when the Muslims finally overthrew the pagan Byzantine superpower in the battle of Al-Yarmook of the year 636 C.E., the Muslim army consisted of 40,000 fighters verses 200,000 solders in the Byzantine army.
So although many historians may like to attribute the fall of this superpower to any number of factors such as claiming that they were taxed and weary from previous battles with the Romans, (while not claiming that the Muslims were taxed and weary from their previous battles), and although they refuse to believe that this victory could have come from the Almighty, still, one needs to wonder if this victory were not through divine intervention then how do we explain the fact that an ill-equipped army of Bedouin sheep herders who were outnumbered more than four to one could so resoundingly defeat one of the two "superpowers" of their age?

"The extinction of race consciousness as between Muslims is one of the outstanding achievements of Islam and in the contemporary world. There is, as it happens, a crying need for the propagation of this Islamic virtue."

"I have always held the religion of Muhammad in high estimation because of its wonderful vitality. It is the only religion which appears to me to possess that assimilating capacity to the changing phase of existence which can make itself appeal to every age. I have studied him-the wonderful man and in my opinion far from being an anti-Christ, he must be called the Savior of Humanity.
I believe that if a man like him were to assume the dictatorship of the modern world, he would succeed in solving its problems in a way that would bring it the much needed peace and happiness: I have prophesied about the faith of Muhammad that it would be acceptable to the Europe of tomorrow as it is beginning to be acceptable to the Europe of today."