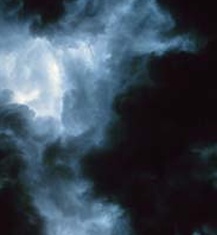 To understands that doubts in one‚Äôs faith are a natural human occurrence. To acquire the tools with which to banish these doubts.

Shaytan - sometimes spelled shaitan or shaytaan.  It is the word used in Islam and the Arabic language to denote the devil or Satan, the personification of evil.

Sunnah - The word Sunnah has several meanings depending on the area of study however the meaning is generally accepted to be, whatever was reported that the Prophet said, did, or approved.

Jinn ‚Äì A creation of Allah that was created before humankind from smokeless flame. They are referred to at times as spirit beings, banshees, poltergeists, phantoms and so forth.

Doubts about what we believe and why we believe it are natural.  In fact it is often those doubts that cause people to embrace Islam.  A doubt about the validity of their belief systems often sends people on a search for something they can understand and believe in.  Having doubts about your chosen religion or aspects of that religion may happen but the difference is that Islam allows us to be both forewarned and forearmed to deal with doubts.  Islam is often described as ‚Äòinformed knowledge‚Äô rather than blind faith, therefore when doubts arise we are able to deal with them.  Doubts are a disease that can cause great damage to our spiritual health if they are left to fester rather than be confronted for what they are ‚Äì tricks and illusions thrown at us like arrows from the bow of Shaytan.

Shaytan is humankind‚Äôs sworn enemy.  Just as he is able to whisper evil thoughts into our hearts he is also able to fill our minds with doubts, doubts that are designed to cause disquiet and confusion.  Sometimes  a person is unable to distinguish between what is planted by Shaytan and what we think of our own volition.  On other occasions the thoughts are of such a frightening nature that we are afraid to repeat them or examine them in case they condemn us or reveal us to be hypocritical or away from Islam.   One should completely ignore such thoughts and doubts and not ponder over them and seek refuge from Shaytan in Allah.  Say ‚Äúa‚Äôudhu billahi minash-shaytaanir-rajeem‚Äù (I seek refuge in Allah from the accursed Shaytan) and ask for forgiveness.

From the traditions of Prophet Muhammad, may God praise him, we are told that if one is afflicted by doubt in his faith he should seek refuge in Allah, renounce what is causing the doubt and say, ‚ÄúAamantu billaahi wa rusulihi‚Äù, which means, I believe in Allah and His messenger.[1]

There is no protection from the destruction that can be inflicted by these doubts, except by turning to Allah.  So when doubts trouble your heart, mind or soul turn to Allah and find comfort in obedience to Him and in seeking to please Him.  In the Sunnah of Prophet Muhammad we find a beautiful Prophetic narration in which Allah speaks directly to the believers.  Thus when doubts arise seek guidance from Allah alone, recognize our complete and utter dependence upon His mercy and face down those doubts armed with knowledge and good deeds.

The thing that Shaytan likes most is being able to lead one who has found the truth away from his chosen path.  He tries his best to instill doubts and he is best able to do that by filling up the spaces in a person‚Äôs mind that are not already filled with authentic knowledge.  Thus it is important to continue to seek knowledge from the cradle to the grave.  Or, in other words from the time you first began to ponder the validity of Islam until the time you stand face to face with the angel of death.

Due to our limited knowledge we may not understand certain statements or the wisdom in certain injunctions and this may lead to doubts.  In a situation such as this, one should reaffirm their faith by looking at the fundamentals of Islam; since it is accepted intellectually, the few things that one may feel doubtful in, shouldn‚Äôt stand as a problem, for we believe Allah is All-powerful, All-wise!

As Muslims, we believe firmly that all things have a sure wisdom behind their creation; at times, we understand the wisdom, and at other times we do not. Our ignorance in terms of the reason behind something doesn‚Äôt negate the fact that there is a reason. It‚Äôs only on account of our own shortcomings that we are unable to comprehend certain matters. This has been proven over the course of our natural history; many things in the past were relatively unknown, mysterious, and thought of as being something an oddity, but as science progressed, the wisdom behind those matters has become clear. Take the appendix as an example, a few years ago, it was only thought of as a useless body organ, but now as science has progressed, the wisdom behind its existence has become clear!

In an nutshell, we have not been told the reason and wisdom of everything.  And if one has doubts about the fundamentals of Islam then one should look at the proofs of Islam in greater detail so as to strengthen their faith.

In this day and age we are faced with unbelievable access to knowledge from all over the world and sadly this includes many sites and sources that try to revile Islam by twisting facts, quoting textual passages out of context, quoting weak and fabricated traditions from the Sunnah or simply by forging lies against Islam.  It is important that you learn about Islam from reliable sources.

Even the companions of Prophet Muhammad, may God praise him, were troubled with negative thoughts and there is a wealth of evidence in the Sunnah that explain the normality of these experiences.

‚ÄúAllah has forgiven for my Ummah that which is whispered to them and which crosses their minds, so long as they do not act upon it or speak of it.‚Äù[3]

It was narrated that Abu Hurayrah (may Allah be pleased with him) said: ‚ÄúSome of the companions of the Messenger of Allah, came to the Prophet and said to him, ‚ÄòWe find in ourselves thoughts that are too terrible to speak of.‚Äô He said, ‚ÄòAre you really suffering from that?‚Äô  They said, ‚ÄòYes.‚Äô  He said, ‚ÄòThat is a clear sign of faith.‚Äô‚Äù[4]

Thus if a person experiencing doubts feels bad and distressed because of this, then he should not be overly worried or frightened, as Prophet Muhammad, may God praise him, said, these thoughts are ‚Äúsigns of faith‚Äù! Islamic scholars have explained that just as a thief only strikes at a place where he knows that there is wealth and that the defenses of that location are weak, similarly Shaytan only strikes and puts doubts  into hearts that contain the wealth of true faith.

God gives us a simple and clear method in the Quran in terms of dealing with doubts. He says:

The presence of doubts indicates a form of ignorance that is only removed by knowledge. The more one educates themselves and strengthens their faith, the stronger they will become in repelling nagging doubts.