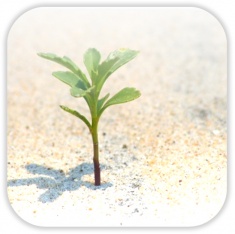 Abu Hurayrah [Allah be pleased with him] narrated that Allah's Messenger [Peace be upon him] said:

“The earth would consume every part of the son of Adam (after his death) except for one bone; the coccyx (the bone at the base of the vertebral column) from which he is created and from which his body will be reconstituted on the Day of Resurrection”.

Explanation of the Hadith

In a number of Prophetic Ahadith, the Prophet (PBUH) mentioned that "Agbu adh-Dhanab" is a small bone as small as the mustard seed at the base of the spinal column. It is a remnant of the primary strand from which the human body is created in the embryonic stage, and it remains after his death and even after the decomposition of his body. It is this coccyx from which man will be brought back to life on the Day of Resurrection. The Prophet (PBUH) asserted that Allah will send water from the sky and then the dead bodies will grow like vegetation grows. There is nothing of the human body that does not decay except one bone; the coccyx, a small triangular bone at the base of the spinal column in human beings of which the human body will be recreated on the Day of Resurrection.

It is obvious that the issue of the decomposition of bodies , is a general rule , with the exception of the bodies of the Prophets and the martyrs as well as each Mu'adhin (caller to the prayer) , who seeks his reward only from Allah , as Imam Ibn Hajar mentioned , relying on the Ahadith of the Prophet )PBUH).

The Prophet (PBUH) foretold a scientific fact that was discovered only a few years ago. Specialists in embryology have proven, as Dr. Muhammad ‘Aly el-Bar said (in an extensive research) that the human body is created from a very delicate strand called "The primary strand". This is created, with the Will of Allah on the 15th day of the fertilization of the ovum and its implantation in the wall of the uterus. When this strand is found, all the organs of the embryo start to be formed , especially the nervous system , the initial parts of the vertebral column and the rest of the body parts because Allah has given this strand the ability , to stimulate the cells to start to divide , differentiate from each other and acquire their own specific characteristics . It also helps them accumulate together in their specialized tissues and full organs, which complement each other in their cooperation to perform all bodily functions.

It has been proven that this preliminary strand decomposes (after man's death) except for a small part (the origin of the coccyx), which remains at the end of the vertebral column (or in the vertebra known as the coccyx) and this is what is meant by "Agbu adh-dhanab" in the hadith.

When man dies, the whole body decomposes except for this part, from which – as mentioned in the hadith – man is recreated, exactly as a plant germinates from a seed. This process takes place, when, at the time of Resurrection, special rain falls from the sky, by the Will of Allah, The Almighty.