The Difference between the Bible and the Qur'an 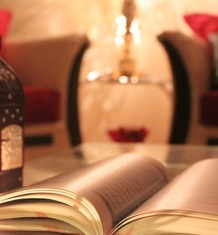 The Bible is a collection of writings by many different authors. The Qur'an is a dictation. The speaker in the Qur'an - in the first person - is God talking directly to man. In the Bible you have many men writing about God and you have in some places the word of God speaking to men and still in other places you have some men simply writing about history. The Bible consists of 66 small books. About 18 of them begin by saying: This is the revelation God gave to so and so‚Ä¶ The rest make no claim as to their origin. You have for example the beginning of the book of Jonah which begins by saying: The word of the Lord came to Jonah the son of Elmitaeh saying‚Ä¶ quote and then it continues for two or three pages.

If you compare that to one of the four accounts of the life of Jesus, Luke begins by saying: ‚Äúmany people have written about this man, it seems fitting for me to do so too‚Äù. That is all‚Ä¶ no claim of saying ‚Äú these words were given to me by God here they are for you it is a revelation‚Äù, there is no mention of this.

The Bible does not contain self-reference, that is, the word 'Bible' is not in the Bible. Nowhere does the Bible talk about itself. Some scriptures are sometimes pointed to in the Bible, say: Here where it talks about itself, but we have to look closely. 2nd Timothy 3:16 is the favourite which reads: ‚ÄúAll scripture is inspired of God‚Äù and there are those who would say, here is where the Bible it talks about itself, it says it is inspired of God, all of it. But if you read the whole sentence, you read that this was a letter wrote by Paul to Timothy and the entire sentence says to Timothy: ‚ÄúSince you were a young man you have studied the holy scriptures, all scriptures inspired by God‚Äù and so on‚Ä¶
When Timothy was a young man the New Testament did not exist, the only thing that stems he was talking about are scriptures ‚Äì which are only a portion of the Bible - from before that time. It could not have meant the whole Bible.

There is at the end of the Bible a verse which says: ‚ÄúLet anyone who takes away from this book or adds to this book be cursed‚Äù. This to is sometimes pointed to me saying: Here is where it sums itself as a whole. But look again and you will see that when it says: Let no one change this book, it is talking about that last book, number 66, the Book of Revelation. It has too, because any reference will tell you that the Book of Revelation was written before certain other parts of the Bible were written. It happens today to be stacked at the end, but there are other parts that came after, so it can not be referring to the entire book.

It is an extreme position held only by some Christian groups that the Bible ‚Äì in its entirety - cover to cover is the revealed word of God in every word, but they do a clever thing when they mention this, or make this claim. They will say that the Bible in its entirety is the word of God; inerrant (no mistakes) in the original writings.
So if you go to the Bible and point out some mistakes that are in it you are going to be told: Those mistakes were not there in the original manuscript, they have crept in so that we see them there today. They are going on problem in that position. There is a verse in the Bible Isaiah 40:8 which in fact is so well known that some Bibles printed it on the inside front cover as an introduction and it says : ‚Äú The grass weathers, the flower fades, but the word of our God stands forever‚Äù. Here is a claim in the Bible that the word of God will stand forever, it will not be corrupted, it won't be lost. So if today you find a mistake in the Bible you have two choices.
Either that promise was false that when God said my word wont fade away, he was mistaken, or the portion which has the mistake in it was not a part of the word of God in the first place, because the promise was that it would be safeguarded, it would not be corrupted.

I have suggested many times that there are mistakes in the Bible and the accusation comes back very quickly: Show me one. Well there are hundreds. If you want to be specific I can mention few. You have for example at 2nd Samuel 10:18 a description of a war fought by David saying that he killed 7000 men and that he also killed 40000 men on horsebacks. In 1st Chronicles 19 it mentions the same episode saying that he killed 70000 men and the 40000 men were not on horsebacks, they were on foot. The point be what is the difference between the pedestrian and not is very fundamental.

Matthew 27:5 says that Judas Iscariot when he died he hung himself. Acts 1 says that no he jumped off a cliff head first. If you study Logic very soon you will come in your course to what they call an ‚Äúundecidable propositions‚Äù or ‚Äúmeaningless sentences‚Äù or statements that can not be decided because there is no contextual false. One of the classic examples sited is something called the Effeminites  paradox.
This man was Cretan and he said ‚ÄúCretans always lie‚Äù, now was that statement true or false? If he was a Cretan and he says that they always lie is he lying?  If he is not lying then he is telling the truth then the Cretans don‚Äôt always lie ! You see it can not be true and it can not be false, the statement turns back on itself. It is like saying  ‚ÄúWhat I am telling you right now is a lie‚Äù would you believe that or not? You see the statement has no true content. It can not be true and it can not be false. If it is true it is always false. If it is false it is also true.

Well in the Bible at Titus 1:12 the writer is Paul and he is talking about the Cretans. He says that one of their own men ‚Äì a prophet - said ‚ÄúCretans always lie‚Äù and he says that what this man says is true. It is a small mistake, but the point is that it is a human mistake, you don‚Äôt find that if you carefully examine the true content of that statement. It can not be a true statement.

Now I come back to the Qur'an, and as I mentioned the speaker in the Qur'an is - in the first person - is God.
The book claims throughout that it is the word of God. It names itself 70 times as the Qur'an. It talks about its own contents. It has self-reference. The Qur'an states in the first Sura after Fatiha that ‚ÄúThis is the book, there is no doubt in it, it is a guidance for those who are conscious of God‚Äù and so on and so on‚Ä¶ It begins that way and continues that way stressing that. And there is one very amazing statement in the Qur'an when you come to the fourth Sura 82nd Ayah which says to those who say Qur'an is something else than the word of God. It challenges them saying: ‚ÄúHave they not considered the Qur'an, if it came from someone other than God they will find in it many mistakes‚Äù. Some of you are students, would you dare to hand in a paper after you completed a research work or something at the bottom you put down there ‚ÄúYou wont find mistakes in this‚Äù. Would you dare to challenge your professor that way?.
Well the Qur'an does that. It is telling: If you really think you know where this came from then starts looking for mistakes because you wont find any. Another interesting thing the Qur'an does is that it quotes all its critics. There has never - in hundreds of years - ever been some suggestion as to where that book came from but that the Qur'an does not already mention that objection and reply to it. Many times you will find the Ayah saying something like: Do they say such and such and so, say to them such and such and so. In every case there is a reply. More than that the Qur'an claims that the evidence of its origin is in itself, and that if you look at this book you will be convinced.
So the difference in Christianity and Islam comes down to a difference of authority and appeal to authority.
The Christian wants to appeal to the Bible and the Muslim wants to appeal to the Qur'an. You can not stop by saying: This is true because me book say it is, and somebody else would say something else is true because my book says differently, you can not stop at that point, and the Qur'an does not. The Christians may point to some words that it is recorded Jesus said and say this proves my point. But the Muslim does not simply open his book and say: No, no the Qur'an says this, because the Qur'an does not simply deny something the Bible says and say something else instead. The Qur'an takes the form of a rebuttal, it is a guidance as the opening says (Huda lil mutakeen). So that for every suggestion that the Christian may say: My Bible say such and such, the Qur'an will not simply say: No that is not true, it will say:
Do they say such and such then ask them such and such. You have for example the Ayah that compares Jesus and Adam. There are those who may say that Jesus must have been God (Son of God) because he had no father. He had a woman who was his mother, but there was no human father. It was God that gave him life, so he must have been God‚Äôs son. The Qur'an reminds the Christian in one short sentence to remember Adam - who was his father ? - and in fact, who was his mother ? He did not have a father either and in fact he did not have a mother, but what does that make him? So that the likeness of Adam is the likeness of Jesus, they were nothing and then they became something; that they worship God.

So that the Qur'an does not demand belief - the Qur'an invites belief, and here is the fundamental difference. It is not simply delivered as: Here is what you are to believe, but throughout the Qur'an the statements are always: Have you O man thought of such and such, have you considered so and so. It is always an invitation for you to look at the evidence; now what do you believe ?