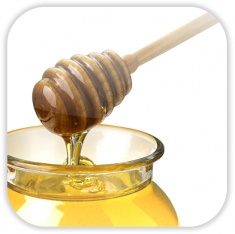 An interesting article about the creation of the honey bee and the benefits of honey.

A new scientific study has shown that honey has special characteristics that help to defend against germs. Honey also has high capability to resist bacteria that evolved their immune systems against standard medications.

Honey, in the old and modern era, has always been used as a natural medicine for many diseases. This new study might be a new twist to use honey for medical purposes.

According to the study that has been done through Sidney University in Australia, Dekarter, a scientific teacher in the biological and microbial science college says, "our research has shown that honey can replace many of the antibiotics that are used to treat cuts such as ointments and different creams. Also, using honey for healing purposes will increase the aging period of antibiotics. " She also adds: " most of the bacteria that cause infections in hospitals are at least resistance to one type of antibiotic, which means the need to produce new and stronger antibiotics that are able to execute bacteria that cause diseases."

Honey is a complicated compound that is consists of 800 molecules. This complication makes it difficult for scientists to fully understand the honey's mechanism of resisting and killing the bacteria. scientist Dekarter says: " until now, we have not found the method the honey apply to resist bacteria, but most likely there is the molecule "Methylglyoxal" ,which is part of the honey, that reacts with other molecules which we have not discovered yet, to become able to inhibit bacteria from multiplying and making new generations that have the ability to resist to antibiotics."

Doctor Rose Koper ,from the Health Science college of Wells University, has conducted a research regarding honey's activity against bacteria, and she wrote the book "Honey facing cuts". In her book, she says: “there are many factors that give honey the special healing characteristics, including high sugar level, low water level, and low acidity."

Honey is a healing for people

These new studies that are discovered by scientists and amaze them are not as surprising for us, because Allah Almighty has mentioned honey in his book, and revealed a chapter and called it " An-Nahl" which means Bees. Allah almighty says: And your Lord inspired to the bee, “Take for yourself among the mountains, houses [i.e., hives], and among the trees and [in] that which they construct.Then eat from all the fruits and follow the ways of your Lord laid down [for you].” There emerges from their bellies a drink, varying in colours, in which there is healing for people. In-deed in that is a sign for a people who give thought. [An-Nahl 68-69].

In conclusion, we advise every sister and brother to always have honey available in their homes. Honey is useful for treating burns, cuts, pyorrhoea and it, is good for skin, cold and virus infections. So, we must have honey and use it both for food and medicine; especially for children!