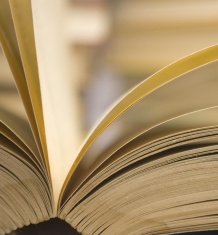 Therefore, true Muslim philosophyāif one must ascribe philosophy to Islamāis the Qurāan and the Sunnah, to those philosophic questions. A true Muslim philosopher is, then, one who relies upon those sources: he delves deep into the texts of the Qurāan and Sunnah, searching for those answers; he ponders their meanings, explains them, defends them and argues with those who dispute them, using a style of reasoning and language understandable to the people of his era.

The sources of Islamic philosophy are nor, then, the writings of those thinkers who have become famous under the label of āMuslim philosophersā, such as Al-Kindi, Al-Farabi, and Ibn Sina (Avicenna), because they took many of their axioms from Greek philosophy, even if they sometimesāby virtue of their Islamic cultural environmentācontradicted it, even in certain fundamentals.

The true representatives of authentic Islamic thought were the scholars and jurists with deep knowledge of the Qurāan, Sunnah, and the statements of the earliest generations of Muslims, the Salaf. They were the staunchest opponents of the philosophers because of what they perceived in their thinking that contradicted what they knew to be Islamic realities established in the Qurāan, Sunnah and statements of the Salaf.

Philosophy in their time was synonymous with the thinking derived from the norms of polytheistic Greek thought. We find in the writings of Muslim scholars condemnation of it and advice to the people to stay away from it. However, if we employ a more general understanding of the term āphilosophyā to mean the attempt to answer the fundamental questions associated with existence, the mind, morals, and knowledge, I see no harm in calling the Islamic answers to these fundamental issues āIslamic philosophyā, as there is no point in arguing about words as long as their meanings are clear.

The following is a brief exposition of some of those answers, which I have condensed from various writings and lectures I have delivered on different occasions through the years. I prepared it in response to repeated requests to discuss the Islamic view on philosophy. It is a difficult subject to treat adequately in a single article, but as our scholars used to say, āThat which cannot be fully achieved should not be fully abandoned.ā

The Theory of Knowledge

Perhaps the central preoccupation of philosophy is with questions connected with knowledge, the answers to which are called āthe theory of knowledge.ā The most important questions asked in this area may be: What is the definition of knowledge? Is knowledge possible? Is there some knowledge which precedes birth, or is a baby born like a blank slate? How do we know?

It appears from certain Qurāanic verses that Islam supports the view that knowledge is a statement or a conceptualization that corresponds with reality. Some Arabs used to believe that an intelligent man had two hearts. One might, if he got angry at his wife, tell her, āYou are like my mother.ā He would then consider her as such and would not treat her the way one treats oneās wife. Another of them would adopt someone elseās son or daughter and attribute the child to himself as if he were the biological father, just as people do now in the West. Allah declared these claims to be nothing more than words in contradiction to reality. The Exalted said:

Allah has not assigned unto any man two hearts within his body, nor has he made your wives whom you declare (to be your mothers) your mothers, nor has He made those whom you claim (to be your sons) your sons: this is but a saying of your mouths. But Allah says the truth and He shows the way. [I]

Allah brings you forth from the wombs of your mothers knowing nothing, and gives you hearing and sight and hearts that you might give thanks. [II]

This verse is definitive in answering this question in the negative. Knowledge, then, is acquired entirely after birth. But does this mean that the mind is a blank slate upon which the senses write what they want? No! We read in a hadith of the Prophet (PBUH),

āThe mother of every person gives him birth according to his true nature (fitrah). It is subsequently his parents who make him a Jew or a Christian or a Zoroastrian.ā [III]

This hadith indicates that although the human being is born knowing nothing, he is not born with an empty mind; rather, in his mind are the seeds of knowledge which will grow as he grows and reach completion with his maturity. However, this knowledge which is originally planted in each human being may be overridden by external factors, even if they donāt have the power to completely extinguish it.

What is this knowledge whose seeds are implanted in the fitrah of a human being? The hadith treats fitrah as being something different from Judaism, Christianity or Zoroastrianism, which means that fitrah is Islam. Obviously the meaning is not that a person after the development of his mind finds himself knowledgeable about the details of the Islamic religion. Rather, two things are meant; first, each person is born with the seed of tawhid in his mind, that is, the affirmation that no god deserves worship except the sole Creator.

Second, this person is born with a nature which is not suited to beliefs and conduct other than the realities and laws brought by Islam. For that reason Allah described the religion which He revealed to His Messenger (pbuh) as being the pristine nature on which Allah created his servants. Allah the Exalted said:

So set your face for the religion as one by nature uprightāthe pristine nature (framed) by Allah on which He has created man. There is no altering (the laws of) Allahās creation. That is the right religion, but most people do not know. [IV]

When a personās mind and disposition are designed so that nothing but the realities and laws of Islam suit them, he will feel no contentment or spiritual peace unless he has surrendered himself to be a worshipper of Allah.

How We Attain Knowledge

There are three issues which people frequently mix up when trying to answer this question. I hope the reader will distinguish among them: What is the source of knowledge? What are the means by which knowledge is acquired? And what is the method which must be followed to acquire knowledge? The source of knowledge is, as the name indicates, the place where knowledge may be found. This means are abilities and instruments which Allah has placed at our disposal for acquiring knowledge from its source by those means. The sources of knowledge for a Muslim are existence and revelation.

The verse mentioned earlier establishes that a human being is born ignorant, and that Allah the Exalted provides him with hearing, vision and intellect. This makes it clear that it is not possible for a human being to acquire knowledgeāwhether it is religious or worldlyāexcept by way of the senses or the intellect. Why do I say the senses when the verse only mentions hearing and sight? Because the other sense are mentioned in other verses. This verse singles them out for mention because they are the most important senses for acquiring information.

The senses areāas is well-knownāconnected to the brain and by way of it to the mind. The mind is what converts the material arriving through the sense into things that have meaning for the person. The sense which is most closely affiliated with the intellect is hearing. A person hears sounds arising from natural things like thunder, wind, birds, animals and insects. But he also hears speech which is sounds that indicate meanings. Hearing is usually referred to in the Noble Quran to mean this second aspect. The one who doesnāt understand speech or benefit from it is compared by the Quran to an animal which hears nothing more of speech that its sounds. Speech is affiliated with intellect in another way, that is, some speech is true and some is false, and there is no way to distinguish the true from the false by the senses alone; logic must be applied as well. It determines whether the speech is internally contradictory or consistent.

If it finds it contradicting itself it rules that it is false. If it finds it internally consistent it examines the meaning: is it in accordance with the reality it refers to or not? Deciding whether there is accord or disparity might be a simple operation. If, for instance, someone says āThe sun has risen,ā all one needs to do is look up. If you see the sun, you judge the statement to be true, and if you canāt see it, you judge it to be false. Judging the truth or falsehood of a statement may, however, be a long, complex operation, such as confirming the authenticity of a scientific theory like Relativity